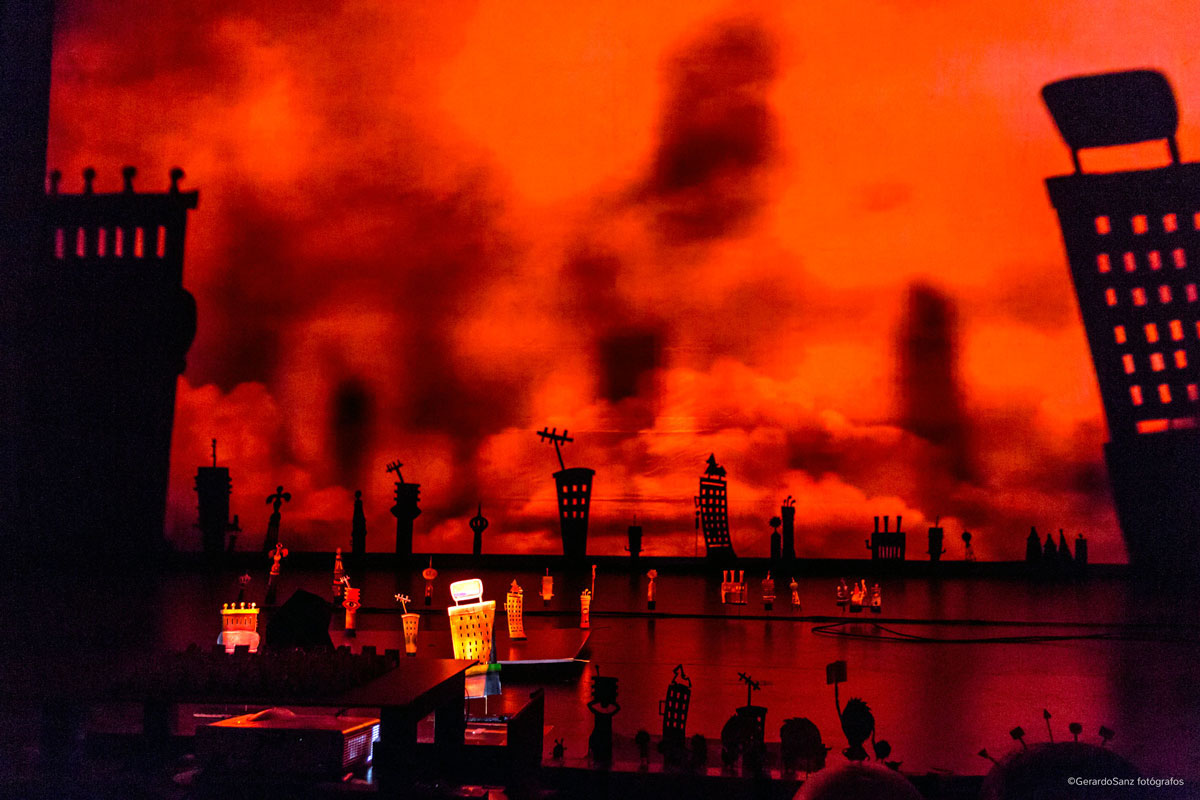 2062 is a multidisciplinary show nurtured by scenic, multimedia, comic, illustration and animation techniques, as well as shadow and object theatre to create a scenic and cinematographic live show. With these ingredients a dystopian world is created that talks about borders, walls, new migrations and the latest geopolitical and economic changes.

The world will never be the same again... Boarders will turn red again or disappear completely. They will become less accessible. New walls will be build and old ideals will be buried. Wars will be different, but continue killing at ideologic gunpoint. Capitalism, with hardly any opponent, will extend covering the terrestrial world with its coat. Governments will cease their power cells to big corporations. New migrations and an agonised Europe resisting to lose its hegemony. Citizens searching their identities in shopping carts. The 21st century arrived and changed us forever. But we hardly realised it. Somehow everything continues the same...

A performance explains itself where it gets born and where it dies: on stage. Everything else is a useless intent to catch the ephemeral.
However, if you have never seen us working before and don’t know the performance, we try to give you an idea in the following lines.
When the spectator enters the room (it could be a theatre, an art space, a cinema, a fire brigades’ parking, a fuel tank or whatever) he encounters a multitude of objects distributed over the floor, the walls and platforms that serve as mini film sets with tiny clay, wire, paper and cardboard figures.
Small lights illuminate the stage and project shadows into the space. We move within the stage and we give life to the different hand-made characters. For this we use a camera, torch lights, computer animation, special effects, shadows that interact with the characters and many more things.
All this is projected on a big screen and surround sound.
It’s not about creating a film in real time, which is what we do. We are searching a language, our own way to tell our stories, uniting visual arts, illustration, video processing and sound space, as well as computer animation with scenic arts.
A performance created in the most absolute present, where the real time execution is a elementary factor. As in theatre, we can never make 2 identical performances. It would be impossible and somehow boring. 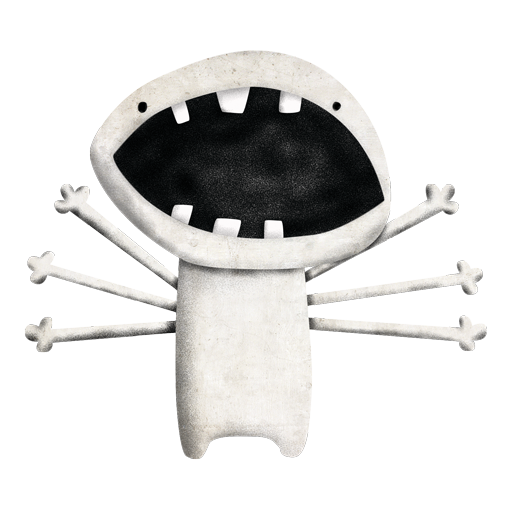 Karla lives in Barcelona and works worldwide. She studied fine arts, art history, linguistics and media arts in Germany, the UK and Spain.
Her award-winning work has been shown worldwide at Animateka Ljubljana, Alhondiga Bilbao, Festival du Nouveau Cinema Montreal, Georgetown Festival Malaysia and Tabakalera San Sebastian, amongst many others.
She participates in residency programmes in Portugal, Taiwan, Poland, Korea, Latvia, the USA, Spain and Germany.

Karla Kracht creates retro-futurist techno-sculptures, where the limits between the drawing stroke and their digital reflection blur completely. In combination with live camera, drawings, video and shadow projections, light and animation, she composes bizarre universes full of strange creatures, miniature cities inhabited by mythological cyborg goddesses that tell sci-fi stories about current social and political issues.
Her Live Cinema works range between visual arts, comics, animation and object theatre. Recently she investigates mystic aspects of society and imagines scenarios for a world in pre-singularity, where the myths and magic of machines and humans melt with each other.
www.karlakracht.com

Andrés Beladiez graduated in stage direction and dramaturgy at RESAD, Madrid. He incorporates the use of technology as a tool for the scenic narration in most of his plays. His investigation is focused on non-conventional multidisciplinary works with an important social and political content.

He is also light designer and creates soundscapes. He has been awarded by the Stage Directors Association with the Premio José Luis Alonso for new directors.