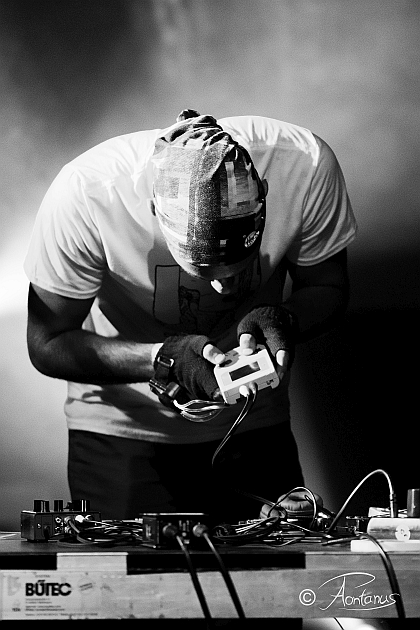 Since 2009, TRIAC has been making music with Gameboys. The acoustic products of his endeavours are generally called CHIPTUNE, i.e. music from the sound chips of old game consoles. Stylistically, TRIAC's sounds are somewhere between synthwave, techno and hardcore, but prefer to not be pigeonholed.
For over 10 yeras TRIAC has been on the road, both nationally and internationally on more than 100 gigs in various locations. From the pancake bistro to the concert hall, from London to Cyprus - in every city a dance-mad crowd was able to discover that Gameboys can do much more than just play games.
On meanwhile 9 published albums and EPs one can convince oneself of the sound spectrum of the old grey console, that has not yet come into age at all.
With fast, good-humored and well danceable beats from the soundchips of the Nintendo Gameboys TRIAC conjures a grin on the face of everyone who gets themselves involved!

During the day I work as an ordinary engineering researcher, but at night I become a fierce GAMEBOY MUSICIAN!