It is the case that will decide the future of Journalism and the right of individuals to look into the darkest corners of our democratic societies. Julian Assange and the WikiLeaks journalists and collaborators have been persecuted and intimidated for over a decade. Unless we analyse this persecution in depth, we cannot understand how democratic states annihilate aggressive journalism without using the tools that dictatorships use. Nils Melzer is an investigator exposing human rights violations. Stefania Maurizi is an investigative journalist who has spent over a decade on the WikiLeaks case. In their conversation, they dissect the Julian Assange and WikiLeaks case

Stefania Maurizi is an investigative journalist working for the major Italian daily IL Fatto Quotidiano. She previously worked for la Repubblica and L'Espresso for 14 years. She has worked on all WikiLeaks secret documents, worked with Glenn Greenwald on the Snowden files about Italy, revealed the confidential agreement between the US government and the family of Giovanni Lo Porto, the Italian aid worker killed in Pakistan by a US drone strike.Stefania is the only journalist who has conducted a multi-jurisdictional FOIA litigation to defend the right of the press to access the full documentation on Julian Assange and WikiLeaks.

She recently published the book "Il Potere Segreto. Perché vogliono distruggere Julian Assange e WikiLeaks" for the reputable Italian publisher Chiarelettere. Her book has a preface by the British film director Ken Loach. Her investigation and her book has been awarded the European Award Investigative And Judicial Journalism. Her book will be published in English in 2022. 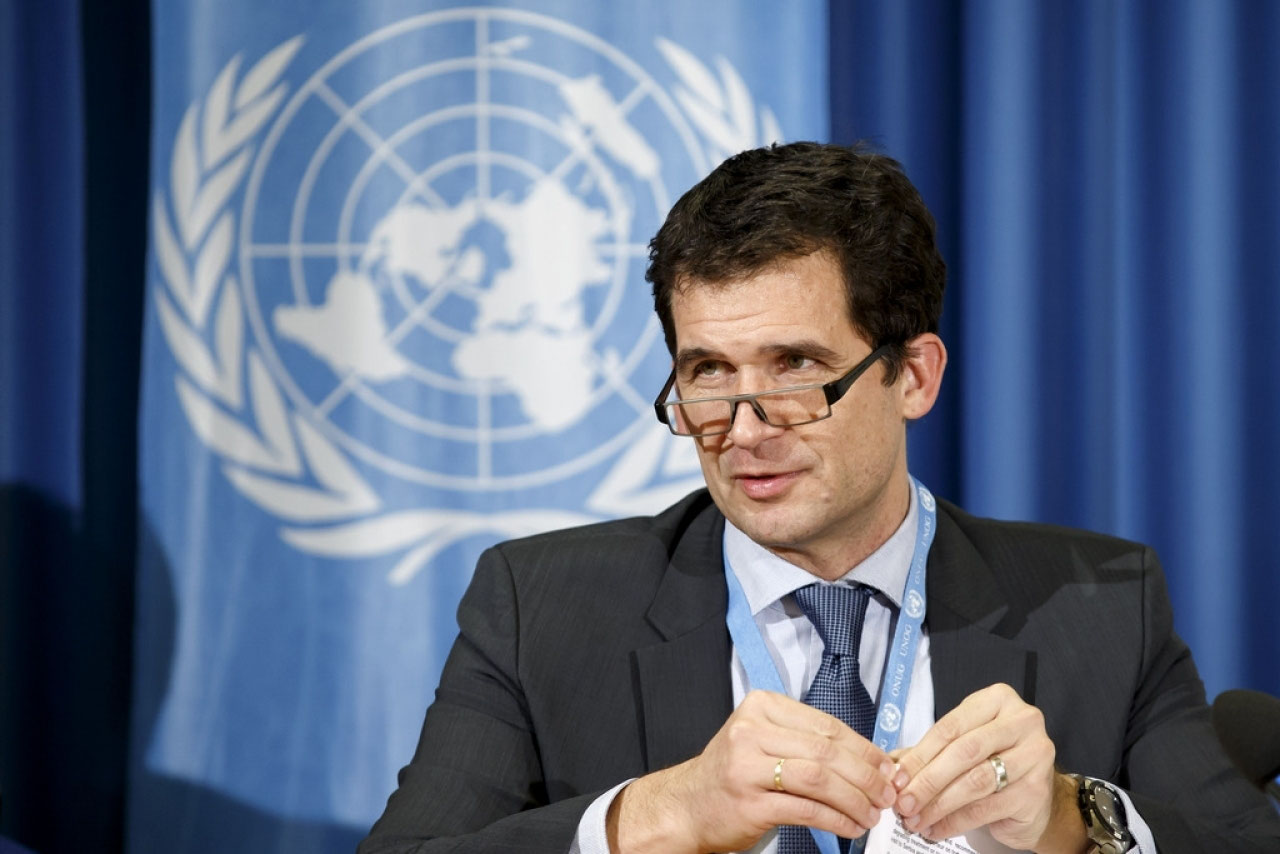 Jump to navigation
Jump to search

Nils Melzer (born 1970) is a Swiss academic, author and practitioner in the field of international law. Since 1 November 2016, Melzer has served as the United Nations Special Rapporteur on Torture and other Cruel, Inhuman or Degrading Treatment or Punishment. He is a professor of international law at the University of Glasgow and holds the Human Rights Chair at the Geneva Academy of International Humanitarian Law and Human Rights in Switzerland, where he has been teaching since 2009, including as the Swiss Chair of International Humanitarian Law (2011–2013).